John Adams has been named as the new S3DA Georgia Northern Regional Coordinator. John will oversee the development and operations of S3DA within the northern region, including educating and recruiting parties interested in forming new S3DA clubs, coordinating with the State Coordinator, and when possible attending and assisting with National S3DA events.

John Adams has lived in North Georgia for the past 37 years. He started bowhunting when he was 13 years old and more recently began shooting competitively. In 2015 and 2016, he won the title of Georgia State ASA Champion (K45) and began shooting the Pro ASA Archery circuit in 2017. 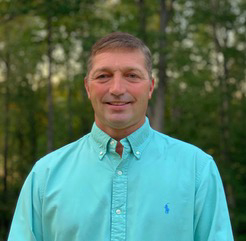 John began coaching in 2013 with the Banks County 4-H program. Since then, he has earned S3DA Advanced Archery Certification, USA Archery Level 3 NTS Certification and is currently pursuing his USA Archery Level 4 NTS Coaching Certification. John is a current coach with the S3DA club Refuge Archery. John stated, “The enthusiasm for coaching is a drive that inspires me. I have coached other recreation sports in my county, but archery is my true passion.”

John Adams became involved with S3DA because he believes it is an exciting opportunity to make a positive impact on the archery community and youth development. His goal is to work with Georgia S3DA State Coordinator, Jake Martin, and further the program in the Georgia Northern Region. When asking John about his interest in S3DA and what this program means to him, he stated, “Scholastic 3-D Archery’s combination of youth growth in archery and teaching conservation of our environment are ideologies that I stand behind. When I was growing up, this type of program was not available. I am thankful that S3DA gives my daughter and other youth the opportunity to learn and experience these aspects.”