One of the main goals of the S3DA program is instilling in youth a lifelong passion for the outdoors and healthy respect for conservation related activities. S3DA is committed to educating youth about the critical connection between hunting and conservation through education and hands-on initiatives. Over the course of the last few years, S3DA has made great strides in developing the conservation aspect of this innovative nationwide youth program by installing S3DA State Conservation Coordinators in several states with a long-range plan to have one in every active state. Critical to that plan is the hiring of a competent, personable, goal-oriented, and equally outdoors-passionate individual as S3DA National Conservation Coordinator. Recently tapped to fulfil that role is Patty Reel from Townville, South Carolina. 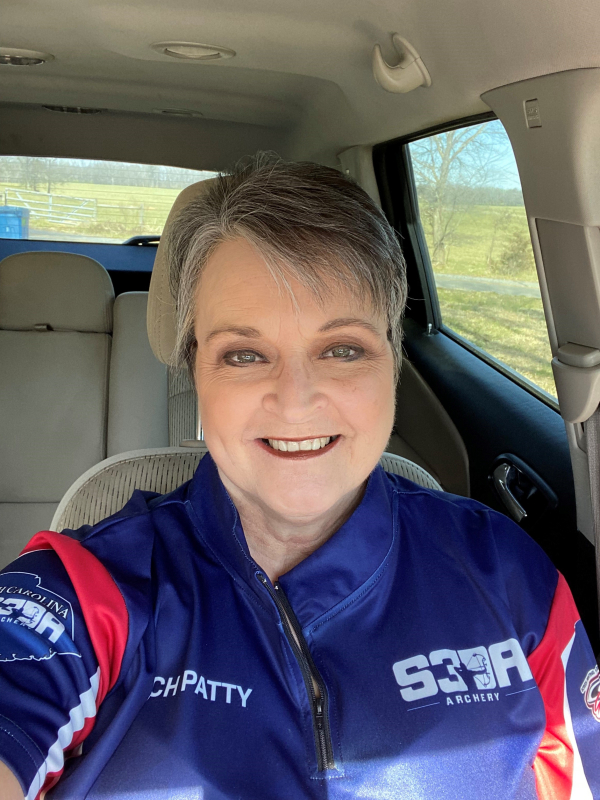 Patty grew up in the foothills of the Blue Ridge Mountains in a town called Seneca, South Carolina. She currently resides in Townville with her husband, Brian. Together, they raised two girls, Leslie and Lauren. Patty is the proud grandparent of Skyler and Lawson, who are current members of the Palmetto Center Seekers S3DA club. She became a part of S3DA to get her grandchildren involved in shooting bows in a competitive setting and to build relationships with other kids in an outdoor sport such as archery.

Patty has been a part of the hunting industry since 2014. She currently holds several staff positions for Prois, Lumenok, Black Widow Deer Lures and Fishhunter Enterprise. She is also a certified Fresh Water Fishing Instructor for South Carolina Department of Natural Resources. Patty’s interest in conservation really began during a trout fishing expedition on the river. The amount of trash left behind broke her heart and she wanted to do whatever she could to educate others to protect our natural environment. Patty will plans to continue the growth of conservation education throughout S3DA by installing more State Conservation Coordinators, establishing relationships and partnerships with State Fish and Game/ Wildlife agencies, and working with already established S3DA state conservation programs to promote conservation and hunting through seminars, hunting trips, archery competitions, local markets/fairs, etc.… Patty stated, “I am excited to share my love of the outdoors with future generations. I want to provide education to youth and their families on how to utilize and protect our natural resources. I will work to establish conservation-related activities at regional, state, and national events. My main goal is to have a Conservation Coordinator in each S3DA established state by the Spring of 2023.”

Scholastic 3-D Archery recently held their 2nd annual Western 3D National Championship and the very 1st annual Western Outdoor Target National Championship in beautiful Palisade, Colorado at the Cameo Shooting and Education Complex. Palisade, Colorado is in the heart of Mesa County and is a paradise for outdoor lovers with many activities to choose from including but not limited to camping, hiking, wildlife viewing, and of course, spectacular views.

S3DA National Competition Coordinator, Chris McDonald, had this to say. “The Western National S3DA Championships was a great event to witness. You can describe the scenery but that won’t do it justice; it’s absolutely breathtaking. It was very educational for me to see the similarities and differences between the Eastern and Western National S3DA Events. All stakeholders were excited to finally be able to award Western National Shooter of the Year to the archers. I would encourage everyone to attend the Western S3DA events and if you are a youth archer, definitely put this on your bucket list to shoot!” 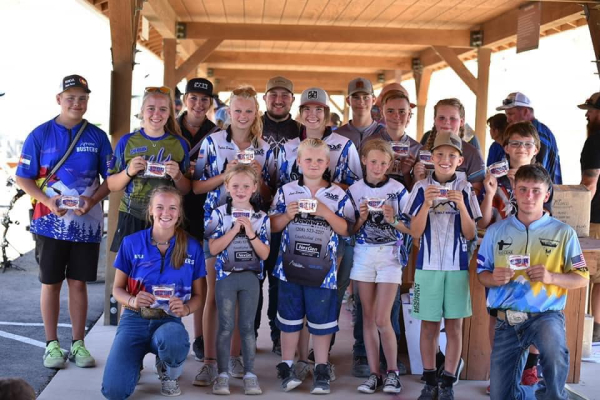 Archers were very dedicated to earning a podium placement as they battled high temperatures and extremely low humidity throughout the weekend. From nerve-racking head-to-head elimination rounds in Outdoor Target to some very difficult and challenging 3D targets in the 3D competition, these youth archers gave it their all. Downwind Nock Busters, Blue Ridge Archers, Arrow Busters, Little Belt Archers, and Western Colorado Archers also got to take home some team trophies. Team scores are calculated by adding the top five (5) scores shot by individuals from that team, without consideration of shooting class or gender.

S3DA Coach of Blue Ridge Archers, Amber Crapo stated, “We are so proud of these kids and their heart and willingness to put in the work beforehand and then to dig deep when conditions are challenging, and the competition is so tight. My team did an amazing job and many of them earned themselves some hardware! This is a phenomenal group of kids. I have thoroughly enjoyed working with them and I look forward to next season.”

Scholastic 3-D Archery (S3DA) is a unique, family-oriented youth archery program which has grown steadily across the United States since 2012, as a “Next-Step” initiative to follow introductory archery programs. With the help from national, state, and local sponsors, S3DA is able to host archery events such as the recent Outdoor Target National Championship held in Fairfield, Ohio. Ohio S3DA State Coordinator, Billy Lawson traveled around the area and spoke with local companies about donations and sponsorships for the event. Several companies and organizations were more than willing to help, which included: Neyra Industries, Inc., On Target Heating and Cooling LLC, KDD Construction, LLC, Myron Bowling Auctioneers, and several Walmart stores.

Walmart has a “Volunteerism Always Pays” (VAP) program, which offers assistance from Walmart and Sam’s Club based on the hours of volunteering employees take part in with nonprofit organizations. Also, a couple of representatives from the local Walmart set-up a canopy on-site and provided archers, parents, coaches, and staff members with FREE bottles of ice-cold water. Walmart supports and invests in community projects through local giving, encouraging volunteerism, and through programs such as S3DA that strengthen the community. Walmart believes that volunteering will strengthen local community projects and create value for not only the business but the society.

Jason Marshall the owner of On Target Heating and Cooling LLC stated, “I have been competing in archery since I was nine years old. I have an extensive background in archery. I am more than happy to help in any way that I can when it comes to getting our youth outdoors. Back when I started shooting archery, they didn’t have programs like S3DA, or I would have definitely joined. With so much technology at our fingertips, it is nice to give the kids something to keep them outside. I want my love and passion for the sport of archery to pass on to the next generation.”