On a cold and sunny morning, South Carolina S3DA youth archers Emma Hernandez, Lucas Alcalde, Maddie Tadlock and Lawson Qualls along with South Carolina State Coordinator, Sheila Tadlock and South Carolina Conservation Coordinator, Patty Reel joined Captain Sarah Bryson from Salty Hooker Fishing Charter for a fishing expedition in Murrells Inlet, South Carolina. Everyone loaded the boat all bundled up and they headed offshore about 3 miles. The youth started trolling so they would have the opportunity to reel in some Spanish Mackerel. After catching some, they proceeded to go out about 8 more miles and bottom fish. They learned how to tell when their sinkers were on the bottom of the ocean floor because as soon as it was on the bottom the fish would hit.

The youth learned how to define what was fish and vegetation on the sonar graph. The adults taught the youth about the different structures that the South Carolina Department of Natural Resources sink in the water to form artificial reefs such as sunken ships, huge concrete balls, and different types of iron structures to provide a habitat for different species of fish and other living creatures in the ocean. The crew took several passes over the structures so that everyone had the opportunity to see them on the sonar.

Captain Sarah Bryson provided the tackle, bait, and fishing license, and all fish that were caught were cleaned and bagged free of charge. She told the kids that they would hear a sound of “diga diga diga diga” and that was the sound the rod would make when a fish was on the line. No one was able to catch a shark because the water is still too cold for them to be so close to shore. However, the kids did get the chance to see two dolphins swimming about 30 yards from the boat and they caught Atlantic Ringtail perch, Atlantic bluefish, and Atlantic Croaker. The fish were brought back and cleaned and filleted and separated so the kids could take them home and cook them. 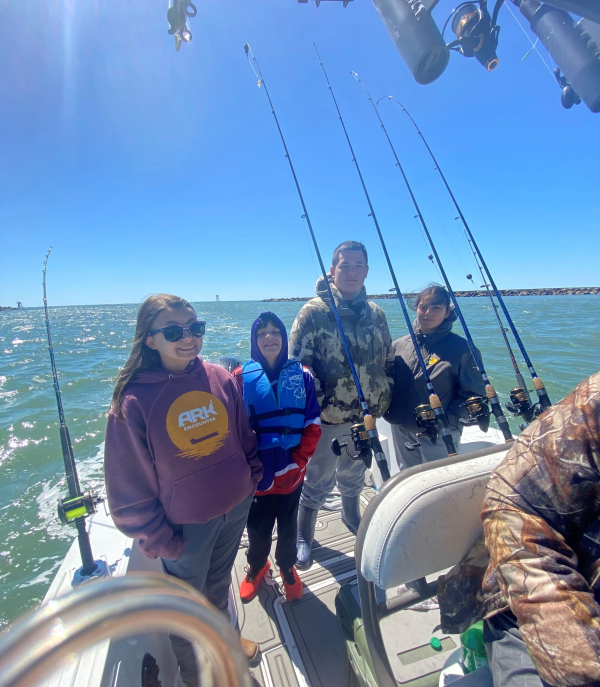 The Salty Hooker Fishing Charter was a fun-filled day on the water full of excitement! Everyone got to experience a true fishing adventure! South Carolina Coordinators plan to make this an annual trip every year. South Carolina State Conservation Coordinator, Patty Reel said, “I am hoping to get more kids on the fishing trip for next year. If they have never fished offshore, it’s an adrenaline filled trip and totally different from freshwater fishing. The best part is teaching the kids and letting them learn about what is done to help the natural resources in our oceans.”

South Carolina S3DA is planning to set-up a hunting trip in the Midlands and Upstate of South Carolina later this year. There are some amazing people that have stepped up to get the youth involved in the outdoors and are helping anyway that they can.

South Ridge Archery in Portland, Tennessee hosted the first 3D Regional tournament for Tennessee S3DA. With more than two hundred plus in attendance the range was crowded with archers, parents, coaches, etc. For many archers, this was their very first 3D tournament experience. All the seasoned veterans worked hard to guide the new archers through the event and ensure they were comfortable and having fun. The range was filled with chatter, laughter, fist bumps, and hugs throughout the day.

Jerry Shehane, TN ASA State Director, was on hand throughout the day and helped announce an exciting new venture. The TN ASA Federation will allow S3DA students an opportunity to use their scores from two of this year’s TN S3DA 3D Regional events to also qualify them for the TN ASA Federation State Championship. 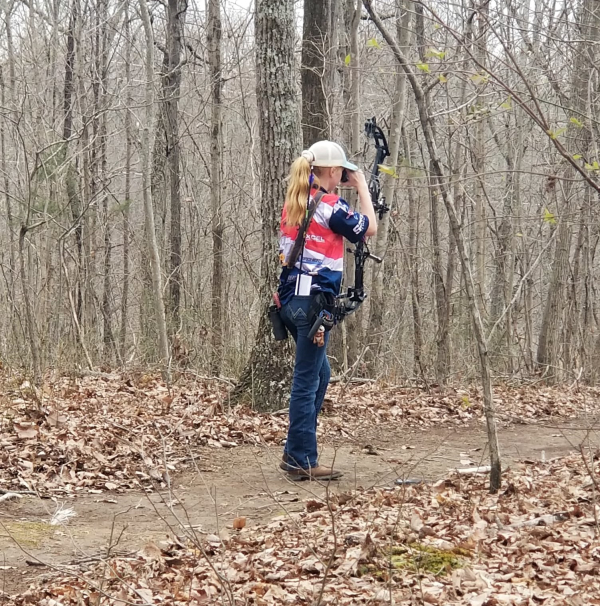 Tennessee S3DA State Coordinator, Robert Carter stated, “Thank you to the folks at South Ridge Archery Club for putting in the hard work to host our first 3D regional of the season. It is always fun to see the kids make the transition from Indoor season to the 3D range. I was particularly excited to announce that TN S3DA will hold its first ever ASA qualifier in conjunction with the TN S3DA 3D State Championship at Buffalo Ridge Refuge in Waverly, TN this June. We are looking forward to a thriving partnership with the TN ASA Federation and I believe this year’s dual qualifying events will allow TN S3DA kids even more opportunities to compete and sharpen their archery skills.”

Sydney Clardy is in her first year with TN S3DA and is a member of the Muddy Bayou Archery team. She was introduced to archery through a program at her school and decided to seek out more opportunities to shoot and compete. She landed at Muddy Bayou Archery and soon transitioned to a barebow setup. This was Sydney’s first 3D tournament, and she captured a 2nd place finish in the Female Youth Barebow Division. When asked about the event, she said, “I had a lot of fun. It is nice because you make friends not just from your team but from other teams as well and then you get to see everyone at tournaments. Her mom, Michelle stated, “I love that the archery community is like one big family. We have had coaches from other teams share tips and advice to Sydney even though she is competing against kids on their team. It seems like everyone has a real love for archery and they want to see all the kids succeed. That’s what makes this sport so different from all the other sports we have been involved in.”

For more information on Tennessee S3DA, be sure to check out the Facebook page here!