In compliance with the CDC guidelines, Kentucky S3DA staff decided it would be in everyone’s best interests to host the annual Indoor State Championship at six different locations across the state. With various venues being offered, more archers had the 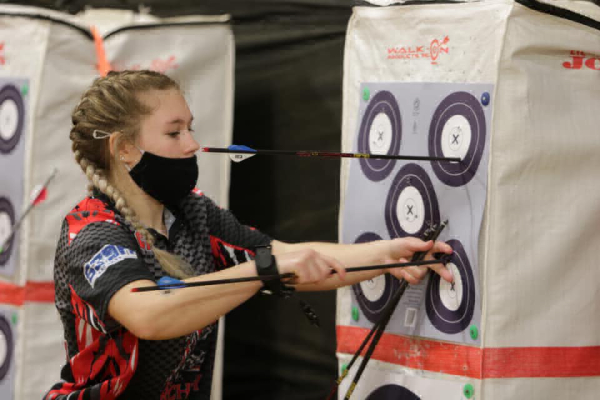 opportunity to participate, and Kentucky families had a shorter traveling distance from their homes. Kentucky S3DA State Coordinator, Kristi Wilson said, “Kentucky has an amazing group of regional coordinators, coaches, parents, and archers that have worked together to pull off what most likely would have otherwise been an impossible task given the current COVID situation. Kentucky S3DA came together and made a planned attack to accommodate over 400 youth archers across the state of Kentucky to pull off a virtual state tournament. I am excited that we were able to do this and give our youth the chance to get out and socialize (with restrictions), instead of being stuck in front of the computer screen, where most kids are communicating now.”

Kentucky Regional Coordinator, Rob Cox said, “This indoor season has been a great opportunity to get out of the house and do something that a lot of other sports organizations were saying was impossible. We’ve managed to have a full competition season for more than 400 youth archers across the state and we did so safely but with enthusiasm. Archery is truly a sport that everyone can compete in and I think we’ve shown that in Kentucky. Anyone interested in archery should take note that S3DA is opening doors for youth archers across the nation.”

Team Apollo Head Coach, David Messer stated, “There were quite a few archers who shot their personal best at the Team Apollo event site in Eastern Kentucky. We enjoy tournaments where we get to shoot with others from across the state, but it is nice to compete in a venue so close to home. The lower numbers in flights and the host facilities did an exceptionally good job of creating a “welcoming atmosphere” for archers and their families. I appreciate Kentucky S3DA and the hard work they have done to secure virtual sites for our state tournament.”

The National Field Archery Association’s (NFAA) state organization known as the Oklahoma State Archery Association (OSAA) hosted their State Championship in conjunction with the Oklahoma S3DA program at Arrowhead Archery Pro Shop in Del City, Oklahoma. The Arrowhead Archery Pro Shop staff seamlessly integrated both organizations and warmly welcomed the S3DA archers and their families. Representatives from Connors State College in Warner, Oklahoma were in attendance to provide podium place finishers in the Young Adult division with scholarship certificates. Campbellsville University, Union College, Lindsey Wilson College, Kentucky Christian University, University of the Cumberlands, as well as other colleges and universities that offer archery scholarships were not able to be in attendance but sent certificates to be given out at the conclusion of the event. 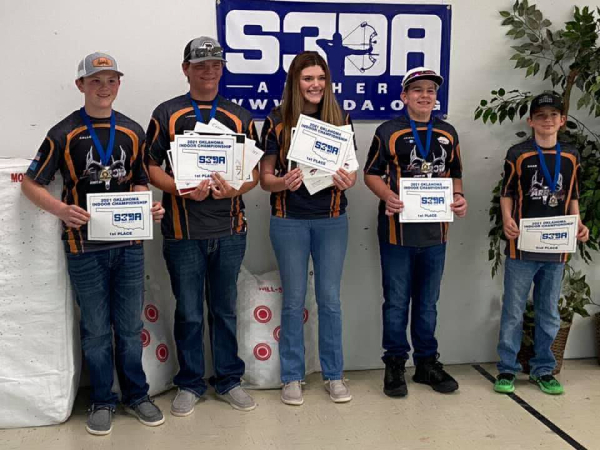 The Arrow Shop, LLC., S3DA archer, Callen Veit said, “I have been shooting 3D archery for several years, but indoor archery is completely new to me. I have discovered, I really enjoy it. S3DA is a great organization and I look forward to more competitions.”

“Participating in Indoor tournaments helps me prepare for the 3D archery season. It is a great opportunity to meet new competitors. I enjoy shooting in S3DA because this program provides opportunities to advance to the collegiate level and you can earn college scholarships,” stated S3DA archer, Lawson Veit.